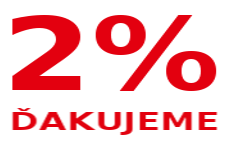 In the wake of Red Bull X-Alps flourishes the semi-official European Championship Fly and Hike. The so-called Bordairrace exists since 2008. Three or four times a year this race will be organized in the Alps: in Germany, Austria, Italy or Slovenia. This competition for paragliders is a challenge for those who like both cross country flying and alpine hiking. Travelling only by foot and flying, each participant decides for him/herself (according to wind, conditions and mood) which route to take from the common starting point. The idea is to choose your personal turning point as far out as possible, and to make it back to the starting point within 33 hours. Depending on the weather, tactical decisions can be quite challenging.

Participants typically are well trained competition pilots from all over Europe, proficient in landing and taking off at tiny spots and experienced in mountaineering. Every pilot determines where and when to take-off and land, no wonder that some meteorological knowledge is of great help. Well known former Bordairrace competitors are Red Bull X-Alps pilots Paul Guschlbauer, Heli Eichholzer, Sebastian Huber, the late Steve Nash, Simon Copi, Pascal Purin and World Champion and X-Alps winner Chrigel Maurer.

The track will be documented via GPS. In order to be evaluated, the turning point must be at least 15 km away from the starting point. Furthermore, at least 20 % of the total distance must be covered flying! The pilot who at the finish hands over the GPS-logger with the furthest turning point will be the overall winner. But every pilot who makes it back in time after covering at least 15 kilometres out and return is a winner. “Turning point at your personal limit” is the motto. Many pilots find it motivating to meet fellow pilots with the same frame of mind. Apart from “everlasting glory” each pilot has chances of winning prices in this comp. And of course this competition offers ample possibilities to reflect upon your own tactics and improve your skills.

Bordairrace competitions are relatively safe. Route and take off time will be decided by the pilots themselves, there is no such thing as group think or even group pressure. On the other hand: each pilot has to make his or her decisions and that isn’t always easy for less-experienced competitors. A ground crew, consisting of one or two supporters, is allowed but not obligatory.

Registration for just one out of three comps is allowed but it is more fun to participate more often. The registration fee amounts € 47,–- and includes retrieval service for those who don’t make it back to goal. Expensive, superlight gear is not requested. Those who participate regularly can simply replace old gear when it wears out or gets obsolete by lightweight equipment.

Briefings and announcements before, during and after the competition will be made in German, and also in English. First comp in 2017: Aschau (Chiemsee, Germany), between Kufstein and Salzburg, 5th-7th Mai. Hence: 22nd-24th June Ramsau/Dachstein (A) 1st-3rd September Kössen (A).

The application/re­gistration form will be available at the Bordairrace website as from April 5th.